Four hundred plus years the black race has endured lingering trauma of slavery, lynching, and oppression. Every new injustice continues to cut within the wounds much deeper further sparking anger, distress, and adding to the pain of the oppressed. The symptom of the pain stems from America’s cruel and inhumane acts inflicted on people of color.  America has yet to provide a remedy that will heal a population that is sick of these continuous viral infections of racism perpetrated across the country.

There are those of the opinion who believe reparations is the way to reconcile for the crimes committed against black people. H.R. 40-The Commission to study and develop reparations proposal for African Americans Act was introduced. Sponsored by U.S.  Representative Sheila Lee Jackson the intention of the bill looks to examine slavery and discrimination in the colonies in the United States from 1619 to the present. Thirty plus years this bill has been in the backlog, as it was first introduced by U.S. Representative John Conyers in 1989.

BIG  victories backed by courageous efforts lead to monumental movements in history. People around the world have been able to witness how one community in Evanston, Illinois became the first state to award reparations to residents whose ancestors were impacted by discriminatory housing policies and practices. 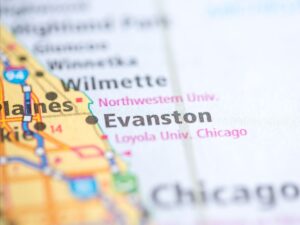 The Tribeca film festival showcased: The Big  Payback . A documentary that follows the journey of Robin Rue Simmons as she persevered   to bring and build equity in Evanston through a housing restorative program. Investing back into those areas in Evanston that were redlined being classified as a level D where capital in housing or business development was deemed hazardous. Neighborhoods within this section included low-income minority residents. A ten-million-dollar commitment funded through cannabis tax made it possible to grant reparations to those eligible.

The film documents the parallel journey of Robin Rue Simmons with U.S. Representative Sheila Lee Jackson to gain co-sponsors for H.R. 40  voicing the importance of why reparations are needed for such a time as this.  The Big Payback  brought to light a little-known city working to preserve the rich cultural African American heritage through Shorefront Legacy Center.  The center of expertise where residents can learn about black history in their community and where visitors can learn that there is more to Illinois than just Chicago.

Evanston Illinois is the blueprint that has drawn in community activists, scholars, historians in creating, building, and executing a reparations plan for the communities in which they serve.

With change comes resistance. The documentary shared the insights and viewpoints of many of the residents. During committee meetings and community gathering many voiced their displeasure of how reparations were going to reimbursed to those eligible.  “It isn’t enough money,” one man stated.

No amount of money will fully pay dividends for 400 years plus and the events that continue to transpire.

Should reparations be a handout of funds left to do whatever?

What supporting evidence will the system have  to see if the benefits have been reaped?

We all have the right to choose how we spend our money. In closing the racial wealth gap will African Americans

The work the Evanston community members are doing is a step in the process that will lead to equitable sustainable change in the black community. It shows what can be done when focusing on what you can control…working for the betterment of the communities in which we live. Think globally! Act locally!

How are you impacting your corner of the world?